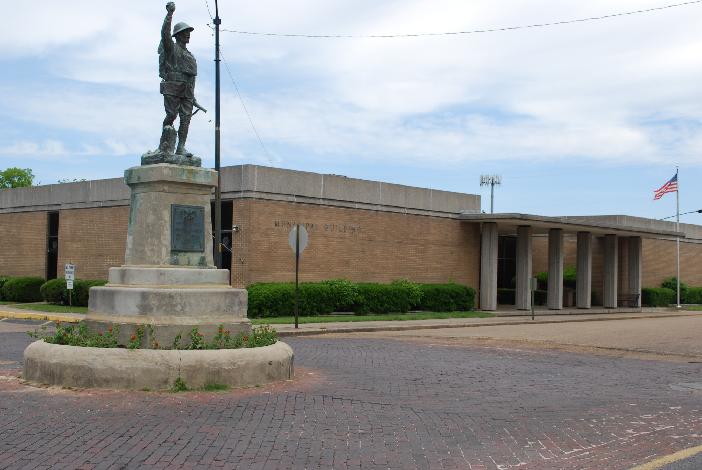 Helena-West Helena is the county seat of and the largest city within Phillips County, Arkansas, United States. The current city represents a consolidation, effective on January 1, 2006, of the two Arkansas cities of Helena and West Helena. West Helena is located on the western side of Crowley’s Ridge, a geographic anomaly of the typically flat Arkansas Delta. Helena is nestled between the Mississippi River and the eastern side of Crowley's Ridge. The Helena Bridge, one of Arkansas' four Mississippi River bridges, carries U. S. Route 49 across to Mississippi. The combined population of the two cities was 15,012 at the 2000 census. The municipality traces its historical roots back to the founding of the port town of Helena in 1833 on the Mississippi River. Helena was occupied by the Union Army early in the American Civil War.  The city of Helena was the site of the Battle of Helena fought in 1863. The battle was started by Confederate forces in an unsuccessful attempt to oust the Union Army from Helena in order to help relieve pressure on the strategic river town of Vicksburg, Mississippi. Helena later served as the launching point for the Union Army in the capture of Little Rock, the state capital, later in the year.

The city grew into a thriving blues community in the 1940s and 1950s. The city continued to grow until the closing of Mohawk Rubber Company, a subsidiary of Yokohama Rubber Company, in the 1970s. Unemployment surged shortly after.

Today, Helena-West Helena is home to just over 12,000 people, the Delta Cultural Center, the Pillow-Thompson House (owned and operated by the Phillips Community College of the University of Arkansas), the King Biscuit Blues Festival (renamed back in 2010 on a 25th anniversary performance by B. B. King) held each October and a Confederate Army Generals Graveyard, which holds the remains of seven Confederate Army generals. Helena is the birthplace of Arkansas' former Senior United States Senator Blanche Lambert Lincoln and Actor/Director/Filmmaker Chuck Williams.